VM-AI1i is a clever microcontroller-based VU-Meter and has the largest number of functions that can be found in a kit (and, maybe, in a commercial product):

…that’s why it’s called VM-AI1i: VU-Meter ALL IN ONE, improved! 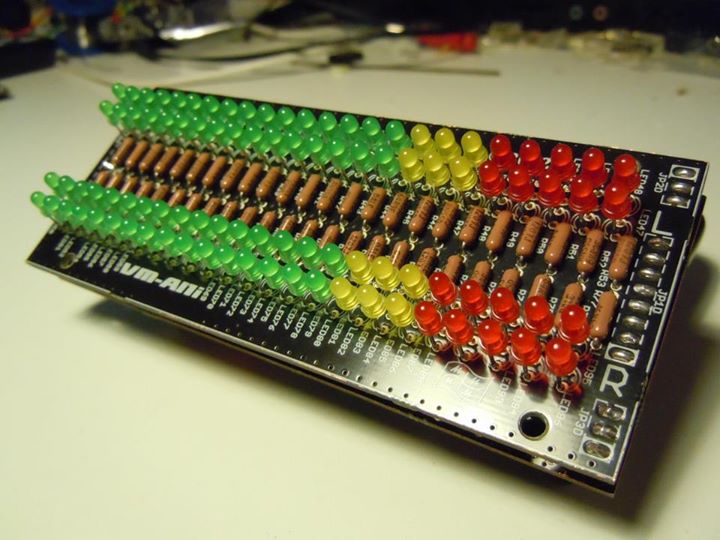 To understand how the VM-AI1i works, it is convenient to start observing the following image, that represents the block diagram: 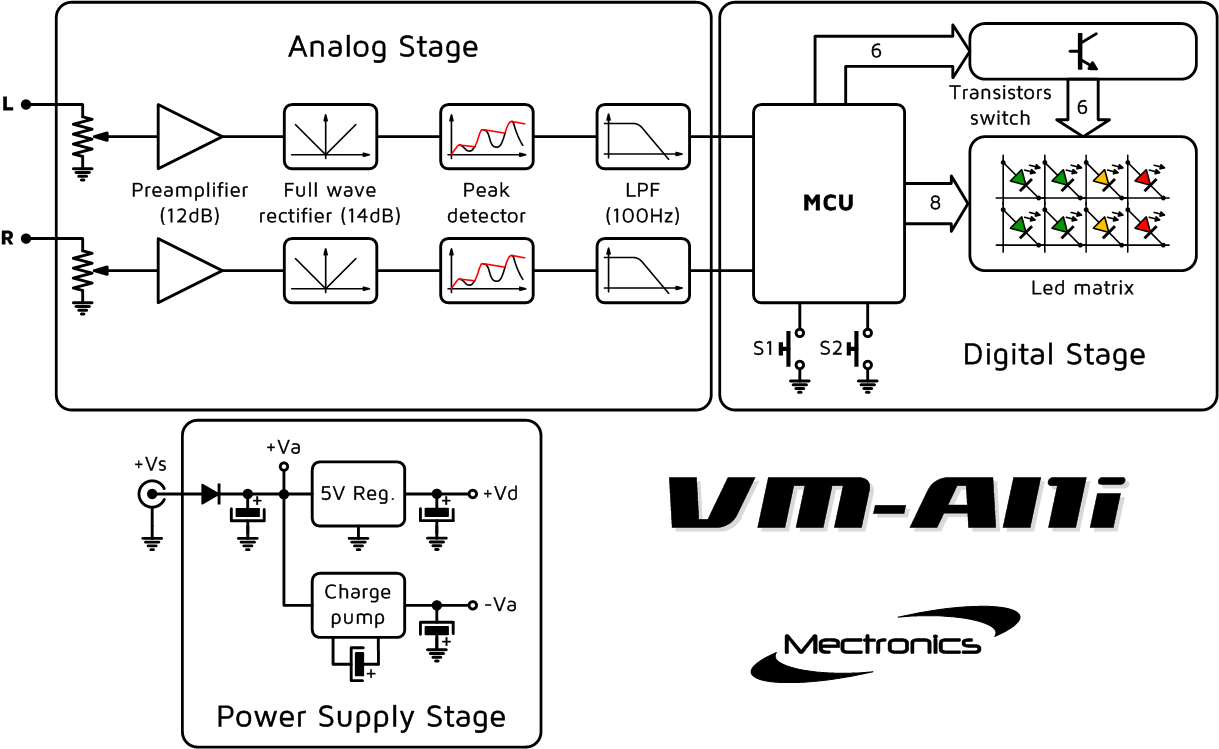 As can be seen, there are three macro blocks:

The analog stage is composed of four sub blocks:

The digital stage, the heart of VM-AI1i, is composed of three sub blocks:

The most important “component” of VM-AI1i is his firmware. Obviously, the hardware is also very important, but the “power” of VM-AI1i is due to the firmware. The following image show how is “structured” the code (note: isn’t a flow chart and there are several simplifications!). 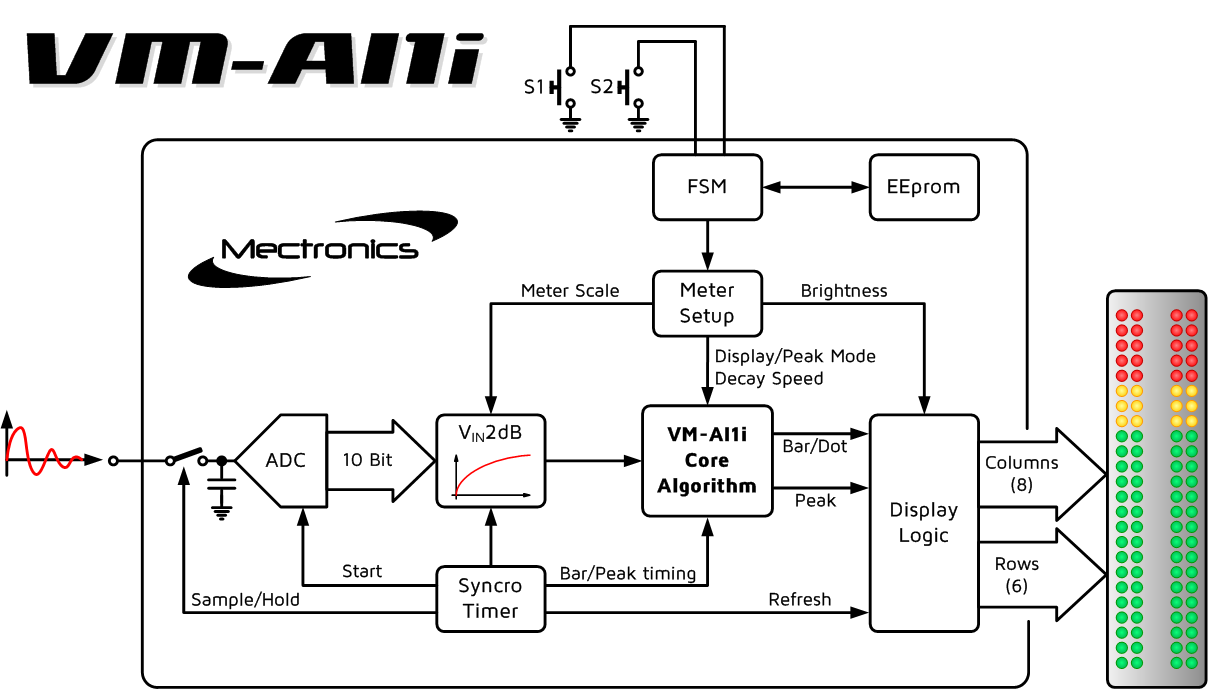 In the code there are two “supervisor”:

The Syncro Timer supervisor, as name tell, regulates the timing of all functions of VM-AI1i. The task flow is:

As the image below show, the sequence is a continuous loop and work like a 4-levels pipeline; for example, when the current sample, tn, “pass” through the Vin2dB block,  the previous sample, tn-1, is elaborated by the core an the tn-2 sample is show on the display. The power of VM-AI1i is this…

The FSM (Finite State Machine) supervisor instead regulates the setup of VM-AI1i, and sets the right parameters in the right block. The FSM recognizes the button’s pression as interrupts and, if receives a right signal, updates the meter setup and stores the configuration in the MCU’s EEprom. Also, at startup, the FSM retrieves the configuration from the EEprom and sets all the parameters.

We use cookies to ensure that we give you the best experience on our website. If you continue without changing your settings, we'll assume that you are happy to receive all cookies from this website. If you would like to change your preferences you may do so by following the instructions hereOk